How Sleep Apnea and Bruxism and Jaw Pain are Related 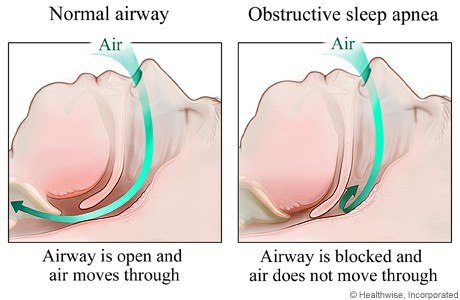 Corrective treatments for obstructive sleep apnea that do not involve surgery or a CPAP device do exist. One such example is Vivos DNA appliance therapy. The DNA promotes new bone growth in the mouth and nasal passageways to allow for better airflow through the mouth and improved night time breathing. The DNA (day time, night time appliance) works for adults by expanding the palate and surrounding jaw structure. Other adult anterior growth appliances exist such as the AGGA device and the Homeoblock appliance.

Expanders and growth appliances will cure pediatric sleep apnea with proper attention to other conditions such as tongue tie and lip frenums. Appliances for children include Schwarz, ALF and Crozat. No one appliance is the “best” appliance. It depends on the growth needs of the child, what the child can tolerate and what appliance the dentist knows how to use.

Aligning Teeth is More than Cosmetic

Healthy natural teeth are essential for providing beauty to your smiles. Straight and well aligned teeth are not only necessary for proper chewing, biting and eating food but these teeth enhance self-esteem and confidence at work and during presentations in the universities. Crooked and poorly aligned teeth due to crowding of teeth result in compromised smiles and loss of confidence. In addition to cosmetic concerns, crowding of teeth allow accumulation of food debris and bacteria in areas between your teeth. Crowded teeth do not allow thorough cleaning of teeth through tooth brushing and mouth rinsing. These teeth provide a nidus for bacterial growth and impaction of food particles from your diet. The DNA dental appliance is also great for straightening teeth since is creates more space in the mouth for teeth to fit.  Other appliances do exist such as the ALF appliance vs the DNA appliance.

What are the various problems which can be caused by crowded and mal-aligned teeth?

Crowded and mal-aligned teeth can be problematic in normal functioning of teeth and jaws. Major adverse outcomes of teeth crowding can be,

Jaw problems and poorly aligned teeth can be extremely problematic. Disproportioned teeth lead to disturbed bite and lead to night time grinding of teeth, increased stress, breathing difficulties and TMJ disorder. Treatments related to crowded teeth such as braces can also lead to sleep deprivation, stress accumulation and respiratory restriction. A popular treatment for crowded teeth in kids is natural orthodontics. Natural orthodontics is the assistance of natural forces such as tongue and chewing forces in aligning teeth.

What is sleep apnea?

Continuous and repetitive blockage of your airway passages during sleep hours can cause discontinued or no breathing at night. This obstruction of the breathing passages reduces the amount of fresh oxygen within your lungs. The end result is usually the production of loud and audible snoring sounds depicting choked airways. These loud snores can be heard due to forced breathing and are indicative of a serious disorder known as sleep apnea most commonly obstructive sleep apnea.

Snoring sounds are usually considered a normal phenomenon during sleep and ignored by majority of us. Even we do not know if we have ourselves developed snoring at night unless our roommates or spouses tell us about this finding. Sleep apnea is an extremely common and potentially fatal abnormality. Serious consideration and immediate consultation with your local dentist is strongly advised to avoid serious complications in future.

What happens during sleep apnea?

During sleep apnea, your breathing process gets disrupted or stops and then re-starts. The whole process is repeated again and again during sleeping hours. Snoring may or may not occur in conjunction with sleep apnea. Shallow Breathing is interrupted at frequent intervals during sleep. Multiple breathing pauses measured around 10-20 seconds occur during this time for over 100 times adversely affecting the sleep cycle.

Deep and uninterrupted sleep is required for regaining energy. Energy is not regained and re-filled when sufficient rest is not achieved. Light and interrupted sleep does not fulfill the requirements of human body.

How does sleep apnea develop during sleep?

Continuous and recurrent narrowing down and collapsed pharyngeal airway passages result in forced breathing and labored breathing efforts by the affected person in order to provide oxygen to the human body for survival. This phenomenon leads to disturbed & fragmented sleeping, loud snoring sounds and abnormal required gas exchange within the blood.

Sleep apnea episodes cause reduced oxygen levels in the bloodstream resulting in the loss of much needed oxygen supply to the brain tissues. This creates an emergency state and brain death can occur if it lasts for long time span. Body survival system immediately takes action and sleep interruption occurs triggering forced breathing for oxygen supply to the brain. Loud Snoring sound are produced in response to this reflex which mimics choking noises.

What are various types of sleep apnea?

What are the consequences of sleep apnea?

Sleep apnea causes interrupted breathing resulting in lethargy, tiredness and slowness of reflexes during whole day at work. Breathing pauses of about 10-20 seconds occur between sleep ranging in frequently from a few to more than 100 times per night. Freshness of mind and energy regain is not achieved which is the basic purpose of sleep. Sleep deprivation results in,

Which signs and symptoms are associated with sleep apnea?

What is teeth grinding and upper airway resistance syndrome?

Breathing related sleep problems occur in majority of people suffering from teeth grinding habits. Teeth grinding which may occur during night or daytime, usually affects 8-31% of the population. Treatments for teeth and jaw clenching do exist. The breathing related issues associated with teeth grinding habit are somewhat different in some people when compared with obstructive sleep apnea patients. The syndrome with distinctive features in such cases is termed as upper airway resistance or restriction syndrome abbreviated as UARS. The syndrome is characterized by clenching of the teeth when the airway becomes obstructed by the tongue or other soft tissue.

Various features which can characterize people with teeth grinding habits and development of this airway breathing problem are,

How can upper respiratory resistance syndrome UARS be diagnosed?

Diagnosis and differentiation of UARS from OSA is quite difficult. However, few tests and clinical features may be helpful in this regard.

Why breathing pauses do not occur in UARS?

Activation of sympathetic stress system occurs due to respiratory effort related arousals which are seen in UARS. Opening of the airway passages occurs resulting in forwarding of lower jaw or mandible. These forward jaw movements lead to unintentional teeth grinding and clenching. Efforts caused for respiratory purpose result in disruption of sleep. Incomplete sleep due to brain’s fight or flight mode does not allow the body to re-energize. Release of stress hormones and airway constriction continues throughout sleep hours.

How do teeth crowding contribute to upper airway resistance or restriction syndrome?

What are the various consequences of UARS?