So you have once and for all decided to dive into heavy metal detox. Is the mercury in amalgam fillings a concern for your health? Or is the American Dental Association correct that it is safe to have a toxic material in your mouth.

If you looking for an IAOMT accredited dentist who is capable of removing amalgam fillings, you have found us. Maryland Holistic is a biological dental practice located in Burtonsville Columbia MD that uses a safe mercury amalgam removal technique. Dr Adams is certified and trained to remove mercury fillings with the IAOMT SMART approach to safe dental mercury filling removal. We have been a mercury free dental practice for over 15 years.

For starters, most silver fillings are old, ugly and are not sealing teeth properly anymore. Just like an old house in need of a new coat of paint. Aged amalgam fillings usually have decay and rot underneath and need replacement to avoid root canals and other painful and expensive repairs. And additionally…

Amalgam fillings contain more than 50% mercury. Metal filling removal should be done in a safe manner for the benefit of the patient and the dental team. Finding a professional who is experienced and uses the IAOMT SMART protocol when removing amalgam fillings can be difficult. The IAOMT safe mercury amalgam removal technique (SMART) involves the use of a latex-free rubber dam barrier, powerful suction, mercury gas filtration, water irrigation and supplementary oxygen gas. Like riding a bike, not only can removing mercury fillings be risky business, but it is an acquired skill that requires practice and experience.

Before and After Amalgam Removal Photo

What is the Safe Amalgam Removal Procedure?

How much does it cost to replace amalgam fillings with white non-metal filling material? Generally the costs are $400 – $600 per tooth to remove amalgam fillings. Plus the costs of rubber dam isolation per area of the mouth and disposables. A dental dam can be used to isolate 25% of the teeth at a time, so a total of 4 rubber dams maximum can be used. Additionally sometimes it is necessary to rebuild a tooth rather than just fill a tooth with filing material. Teeth missing more than 50% of their of structure or are cracked, need zirconia crowns in addition to fillings.

Many holistic and biological dentists will offer activated charcoal pre treatment. Charcoal is basically a binding agent for heavy metals including mercury. Basically if any mercury enters the digestive track, it may bound to to the charcoal and passed through through the digestive system rather than getting stuck to the walls of your digestive system. 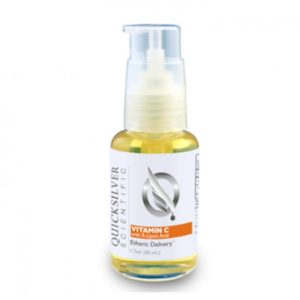 But what to do after amalgam removal? Is there anything I should do for mercury filling removal detox? We recommend sticking to safe, simple and natural techniques before going to more aggressive drug based detox strategies such as DMSA. 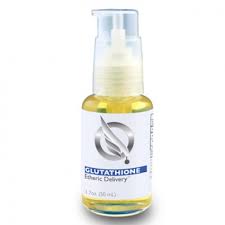 Mercury is a very toxic substance to your body and it can cause many health issues. Mercury can be released into the body in several different ways including: chewing, drinking hot liquids, and teeth grinding. But one of the most dangerous ways it is released is the through the removal of mercury fillings. When drilling there is a release of mercury gas.

It is very important to use a special filtration system and proper safe amalgam removal process. We can replace your old fillings with porcelain or another non-toxic resin material. Some larger silver fillings may need to be replaced with crowns. We use metal-free zirconia crowns. Zirconia is one of the most biocompatible materials available in dentistry. It is also looks very nice like natural teeth and does not break.

Chlorella is another natural detox agent used by some naturopathic physicians.

Benefits of Removing Mercury From the Mouth:

SMART Procedure is Safer for the Dental Team

Dental Mercury is an Environmental Toxin

Why Old Silver Fillings Should be Removed

Of course metal fillings have 50% mercury but there are many other reasons to remove them other than for reasons of toxicity. Most of us had them placed when we were kids and they are breaking down, leaking and when should we replace these things just anyways.  All too often we wait too long and a root canal or dental implants are our only options.

Does Dental Insurance Pay for Removal of Amalgam?

It really depends on the specific insurance plan. Some dental offices will charge a separate fee for IAOMT Safe Removal of a Silver Metal Filling.